Palm Springs is pretty much the Mecca of mid-century architecture. It’s this glamorous place that kind of got stuck in the golden age of Hollywood, during the 50s and 60s, when Audrey Hepburn and Marilyn Monroe were the divas stealing everyone’s hearts. And it’s in Palm Springs that you can find these 8 mid-century houses that will completely make you dream.

House of Tomorrow by Dan Palmer and William Krisel, 1960 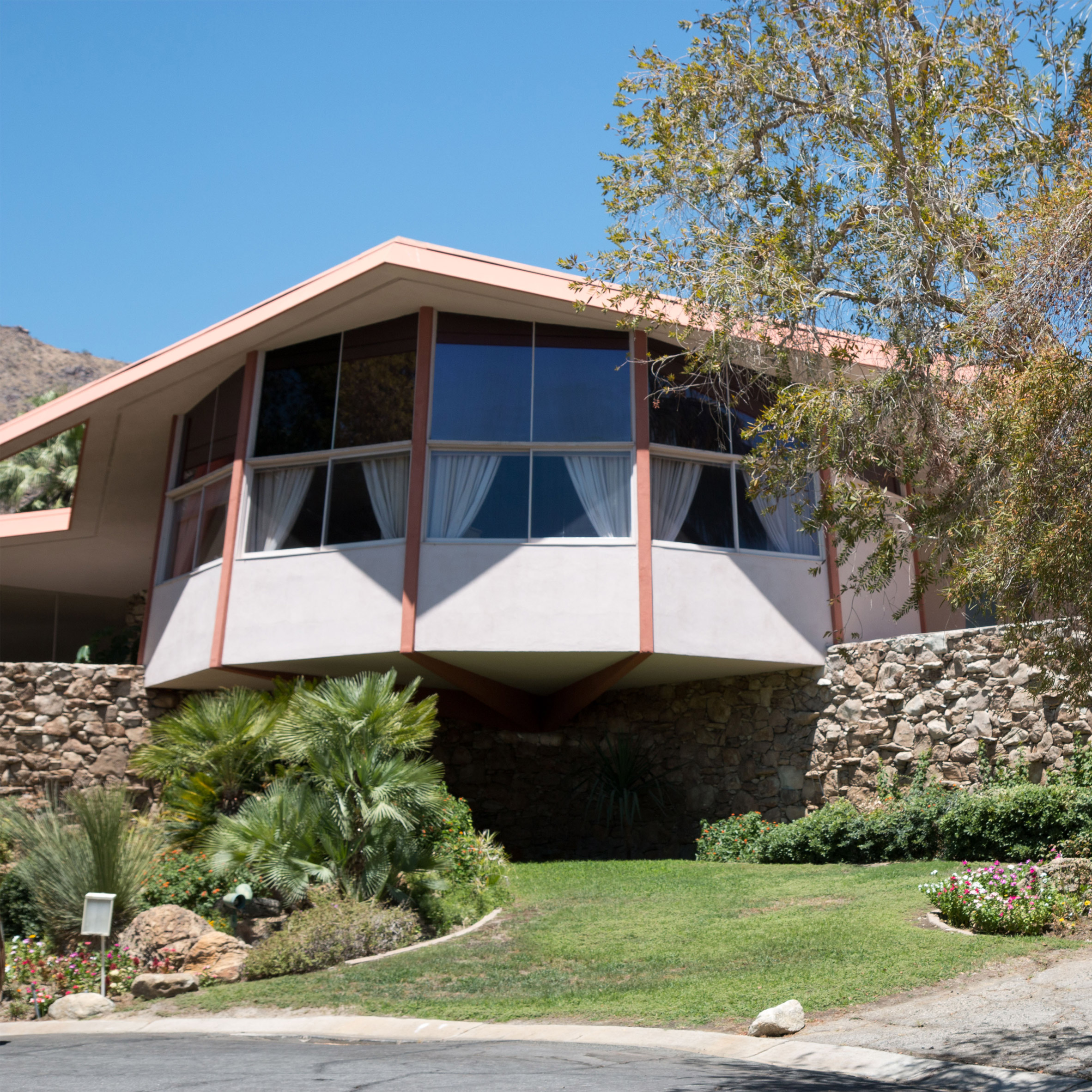 Fun fact: Elvis and Priscilla Presley spent their honeymoon in this residence! This idyllic home was conceived by Palmer and Krisel as an experiment in modern living. It was one of a series commissioned by developer Robert Alexander. The layout comprises three concentric circular levels, under a large batwing-style roof.

For millionaire socialite James Logan Abernathy, Cody created this pavilion-style home for hosting lavish parties. M A colonnade of slender white pillars supports a shaded area outside the 435-square-metre house, while ample space for relaxing or dancing is provided around the swimming pool.

The Elrod House featured prominently in the 1971 James Bond movie Diamonds are Forever. Built for interior designer Arthur Elrod, the home’s most recognizable feature is its huge conical concrete roof over the main living area.

Wexler thought steel was the perfect building material for the desert because of its low cost and weather resistance. He planned a neighborhood of 40 prefabricated glass and steel houses for Palm Springs, but due to the rocketing price of his chosen material, only seven were completed. 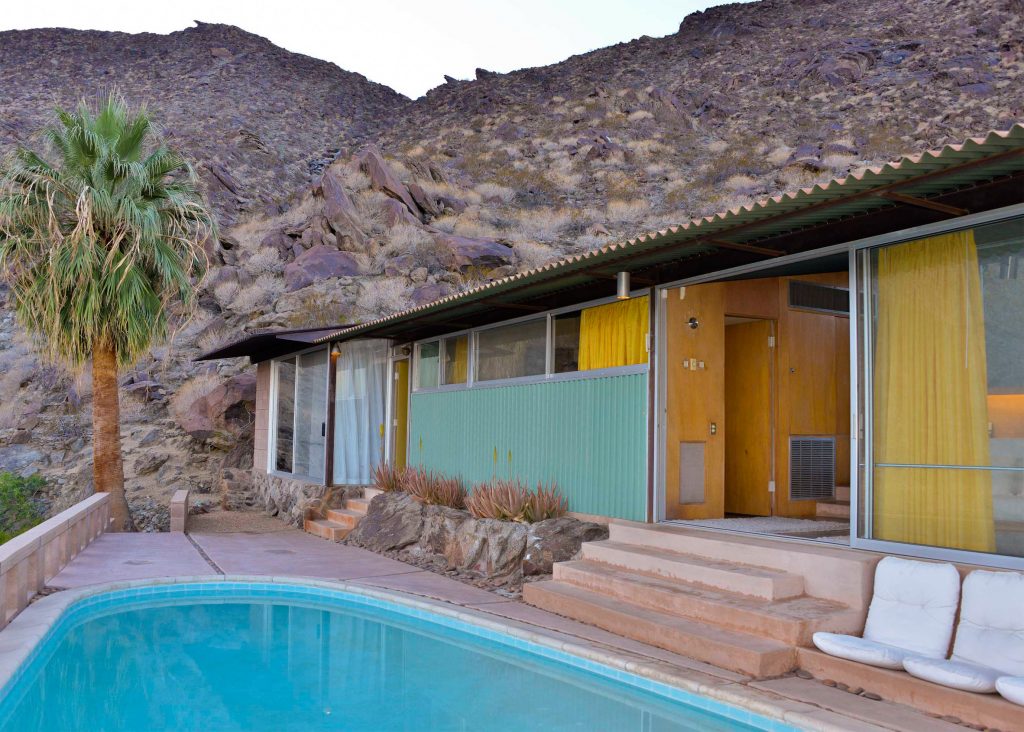 It was the second house Frey designed for himself, hence its name. This compact building perched high above Palm Springs served as both the architect’s home and studio for many years. Its simple steel structure sits on a concrete podium and is topped with corrugated aluminum sheets. Sliding glass doors provide access to the outdoor spaces shaded by the overhanging roof.

One of the most famous residents of this estates was jazz singer Frank Sinatra. Measuring 4,500 square feet (418 square metres), it includes four bedrooms and seven bathrooms inside long, low volumes with flat or slightly sloped roofs.

Considered one of the best examples of desert modernism, this house was designed by Neutra for department store tycoon Edgar J Kaufmann. The holiday home includes five bedrooms and five bathrooms, organized in a cross shape with the living spaces at the center.

When comedian Bob Hope enlisted Lautner to design a home for him and his wife Dolores, the result was a massive volcano-esque structure complete with a crater-like hole in the roof. The house, which measures 23,366 square feet (2,171 square metres), went up for sale in 2013 for $50 million but wasn’t sold until last year for $13 million!

You can see the original article here.

You can visit DelightFULL’s Inspirations Page as well as our pinterest boards in order to get more inspirations.

Get more ideas for your projects and find functional, stylish and sizable lighting and furniture choices.