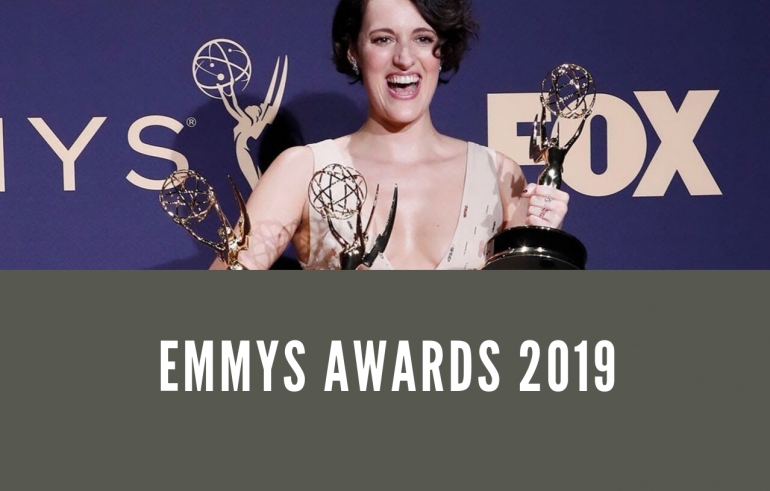 The answer to one of the most anticipated questions of the season: Who won Emmy’s 2019? Is Here. An award evening filled with charming wardrobes and outstanding winners, today we bring you the selection of Emmy’s 2019 winners and all about the how’s and why’s they’re the chosen awarded ones. Just keep scrolling to find more!

Fleabag finally conceived that Phoebe Waller-Bridge is a terrific writer, observer and performer that most of this generation isn’t. With only two seasons the complicated life of the protagonist of Fleabag had people wanting for more but understanding that good things are meant to be short.

One of the biggest disappointments of 2019, Game of Thrones still bombed the Emmy’s Best Drama 2019. A homage to a whole eight-season show that stills captivates millions around the world didn’t go out with a bang. Nominated for several categories but only winning two with the astonishing Peter Dinklage winning Best Supporting Actor.

The five-part mini-series “Chernobyl” from HBO was one of the scene-stealers of the night. One of the biggest hits on television since Game Of Thrones, Chernobyl is a gripping and wonderful masterpiece of 2019.

The actor who became the first openly gay man to win for best actor in a drama is also the one that made history. The actor that portrays the Pray Tell in the FX show Pose was anything but astonished in his speech: “I am so overwhelmed and I am so overjoyed to have lived long enough to see this day,” said Porter, 50, while accepting the award.

Best Actor, Limited Series or TV Movie: Jharrel Jerome, “When They See Us”

Based on a real-life case, When They See Us is a powerful performance about what really happened. Netflix mini-series about the 1989 Central Park jogger case had 16 nominations for the Emmy Awards 2019, and the first Jharrel Jerome received his first Emmy nomination and his first win.

Patricia Arquette has been a fixture in the cinema scene. An all-time amazing actress, last night Emmy’s 2019 gave way to Emmy’s best-supporting actress on Hulu’s “The Act” – once again, the portrayal of a real-life case.

Emmy’s 2019 saw the Queer Eye team without Jonathan Van Ness. Giving the premiere of its memoir, one of the most iconic of the group was absent but that doesn’t mean that fabulous four weren’t there to catch up with all the glamour and fabulousness – “We’re in a long-term committed relationship,” Antoni joked.

READ MORE: Inside The Screen : A Spooky Halloween Movie Edition!

If you enjoyed our article about Who Won Emmy’s 2019? We Have The Answers!, now you can visit our Pinterest boards in order to get more inspirations. Get more ideas for your projects and find functional, stylish and sizable lighting and furniture choices. Make sure to download our ‘Interior Design Tips for a Well-Lit Home‘ eBook!