10 Most Surreal Landscapes on Earth

Discover the 10 Most Surreal Landscapes on Earth. Near the city of Torrevieja in southwest Spain lie two salty and very pink lakes called Las Salinas de Torrevieja. The color is caused by algae that releases a red pigment under certain conditions.

Namibia’s Dead Valley, or “dead marsh, ” is surrounded by the highest sand dunes in the world and dotted with dead trees more than 900 years old.

The Danakil Depression in Ethiopia’s Danakil Desert is one of the hottest inhabited places on the planet, with temperatures ranging from 95 degrees Fahrenheit to as high as 145 degrees.

Lake Natron in Tanzania is known for its deep red hue. The lake is part of the East African Rift Valley, and gets its color from the algae that live on salt in the water from nearby volcanoes.

Tsingy de Bernaraha National Park in Madagascar is a UNESCO World Heritage Site. The “forest” of limestone needles was made when underground water eroded the existing limestone.

Antelope Canyon in Arizona is the most photographed canyon in the American Southwest. It was formed by flash-flooding and erosion, which gave the rock its smooth, wave-like texture.

Fly Geyser is a little-known tourist attraction in Nevada that was accidentally created in 1916 during a well drilling. Water heated by geothermal energy escaped to the surface, creating the multi-colored mount.

Huacachina is a literal oasis in the Peruvian desert. It’s a resort town built around a small, natural lake in the Southwestern Ica Region.

Northern Iran is home to a naturally formed staircase known as Badab-e Surt. Two mineral hot springs deposited carbonate minerals on the mountain over thousands of years, leaving behind pools of water and naturally-formed steps.

Las Salinas Grandes is a massive salt desert in Argentina. The 2,300-square-mile field is filled with pools of water created by mining companies that harvest salt there. 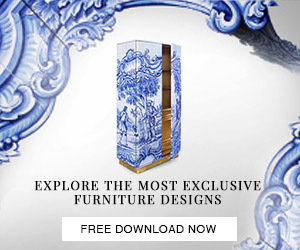