Welcome to Maison et Objet 2018 Designer of The Year: Cecilie Manz! Allow Yourself To Be Enchanted By Her Unique Scandinavian Design Style!

This year’s Maison Objet Designer of Year is the one and only, Cecilie Manz! The Danish designer climbed her way to the top, and her efforts were honored with the attribution of this iconic title!

FERVENTLY WELCOMING: MAISON ET OBJET 2018: ALL YOU NEED TO KNOW ABOUT THE RISING TALEN

Cecilie Manz is a Danish designer that was elected as this year’s Maison Objet Designer of Year. She started to show some interest in the manual craft arts in early age, when she used to escape to her parents ceramic studio and sinked her hands into the clay!

Her love for the arts continued to evolve and she enrolled in the Object and Furniture Design course at the Royal Danish Academy of Fine Arts in 1997.

After graduating, she made the decision to move to Finland and continued her studies ar the University of Art and Design in Helsinki, returning to Copenhagen the next year, to establish her very own design studio.

One of the many things that characterize her unique style and which lead her to become a top interior designer was the balance she was able to create between the modernity of the civilization and the vividness of the nature. This symbioses allowed her danish design style to become recognized all over the World.

This interior designer awarded as the Designer of Year for Maison et Objet 2018, has always exhibit a taste for the Scandinavian design with it’s simplicity, characterized by the straight lines and the nude color palette.

For being a top interior designer and for being able to mesmerize every single client that ever communed with her, she received one of the greatest honors someone can ever receive: she was awarded with the Crown Prince Couple’s Culture Award in 2014, presented by the Prince and Princess of Denmark themselves. 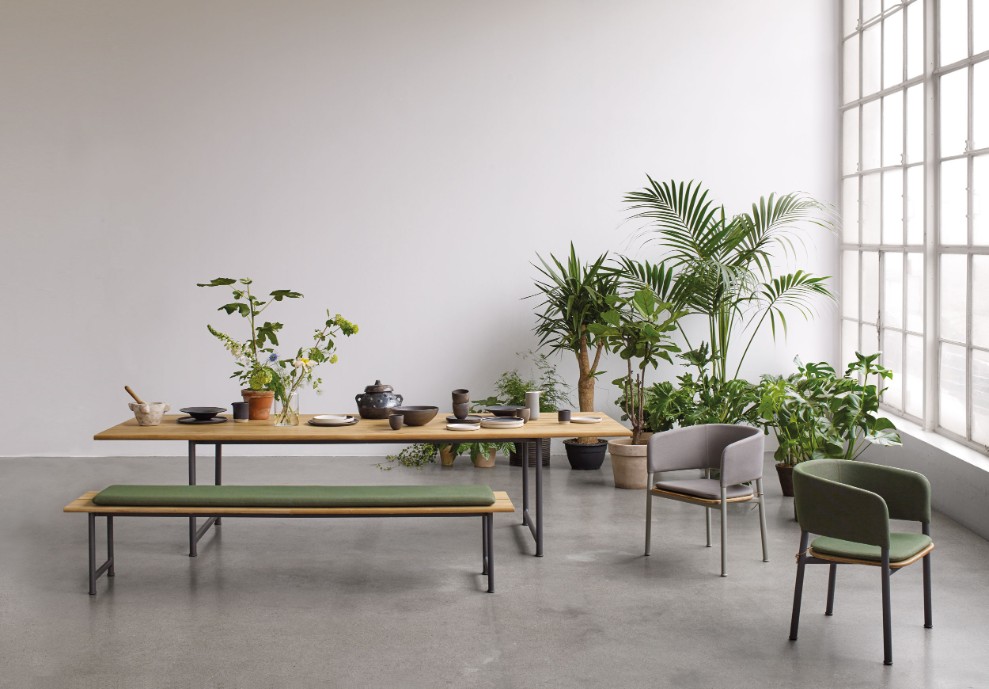 She’s always been such a versatile artist, which is something that for sure influenced the earning of the Designer of The Year title from Maison et Objet 2018. One of her first projects has named The Ladder, as it was a ladder that could be used as a chair, something that immediately caught the eye go many designers after seeing it in an interior design magazine.

Cecilie Manz has developed several project which show her adaptability to different environments and situations, creating design items as sofa throws, a minibar for a Wallpaper show, a series of wooden armchairs, and so on.

This incredible Scandinavian design style designer has never neglected her roots and she even worked on developing several models of portable speakers for the B&O Play, a brand from the Danish Bang & Olufsen company, with which she has been collaborating with since 2014.

If you’re super curious to know what this danish designer has been up to lately, just head to Maison et Objet January as she’ll be showcasing her latest work and results, presented in a warm and welcoming environment!

FERVENTLY WELCOMING: MAISON ET OBJET 2018: ALL YOU NEED TO KNOW ABOUT THE RISING TALEN

We really hope you liked our article. Feel free to pin all the images to your favorite Pinterest board or to print it and use in your mood board. You can visit DelightFULL’s Inspirations page as well as our pinterest boards in order to get more inspirations about lighting designs, mid-century modern style, unique things in the world and so much more.